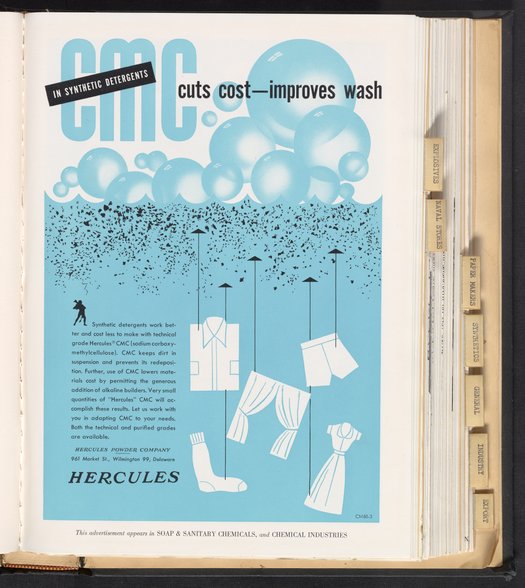 Stylized print advertisement for CMC (sodium carboxymethylcellulose) produced by Hercules Powder Company depicts a shirt, sock, curtains, underwear and a dress being washed with bubbles emanating from the wash. The accompanying paragraph discusses how synthetic detergents like CMC are more effective and cost less with fewer quantities needed for effective results. This advertisement appeared in Soap & Sanitary Chemicals and Chemical Industries.