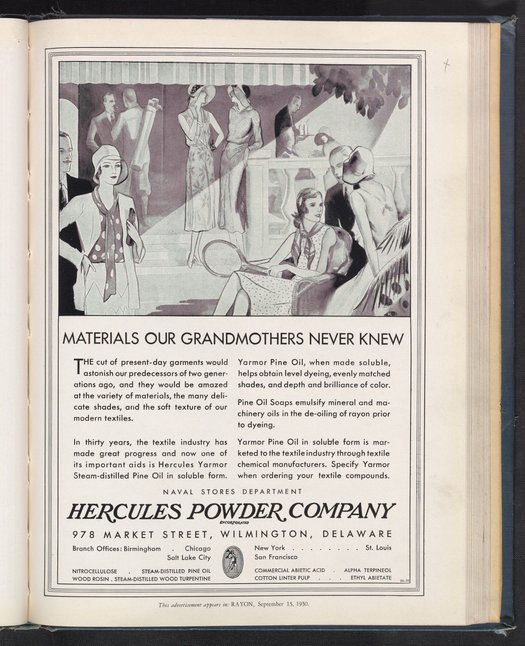 Advertisement for pine oil products manufactured and sold by the Hercules Powder Company for use in the production of textiles. The advertisement depicts men and women wearing garments made from so-called modern textiles like rayon and details how Hercules pine oil products are used to achieve level dyeing, evenly-matched shades, and depth and brilliance of color. This advertisement appeared in the September 15, 1930 edition of Rayon.