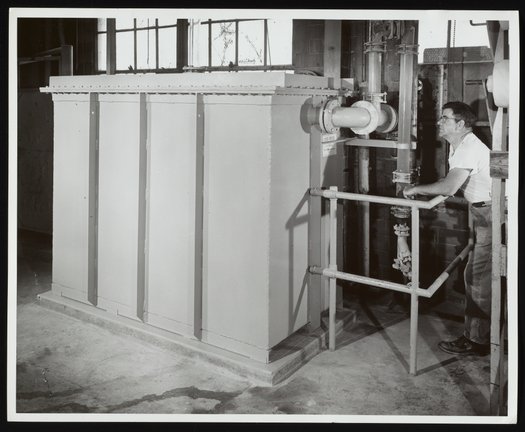 Two views of a separator used to separate carbon tetrachloride and water containing hydrochloric acid at the Hercules Powder Company plant in Parlin, New Jersey. The employee visible in the first photograph is identified as Edward F. Walsh. Per notations accompanying the photograph, the separator was lined with Penton, a Hercules-branded chlorinated polyether used as an ingredient in protective coatings for structural steel and other metals, papers, cardboard, and plastics. 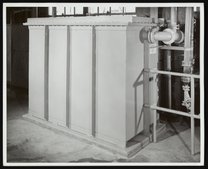