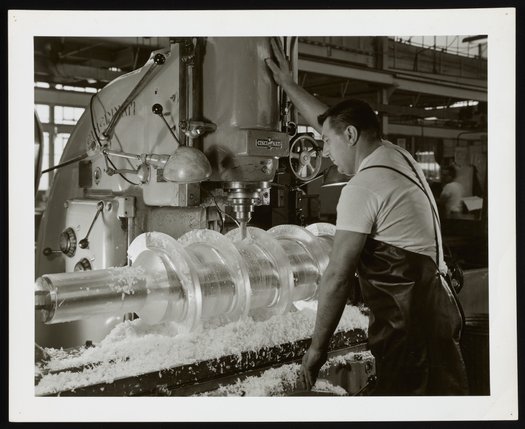 General view of the production of a Plexiglas auger (a type of drilling device or drill bit) at an unidentified Rohm and Haas Company facility. The employee visible in the photograph is also unidentified.

Production of Plexiglas auger at Rohm and Haas facility