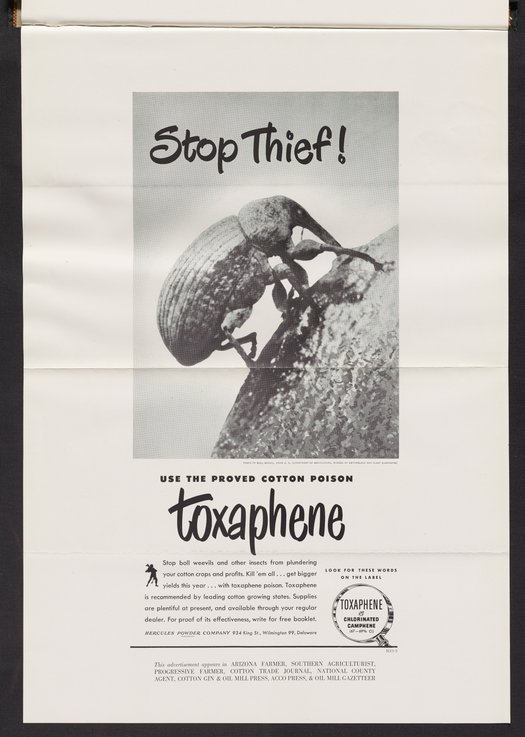 Advertisement for Toxaphene featuring a photograph of a boll weevil. Originally trademarked by the Hercules Powder Company, Toxaphene was a synthetic organic insecticide toxicant primarily used in agricultural insecticides.