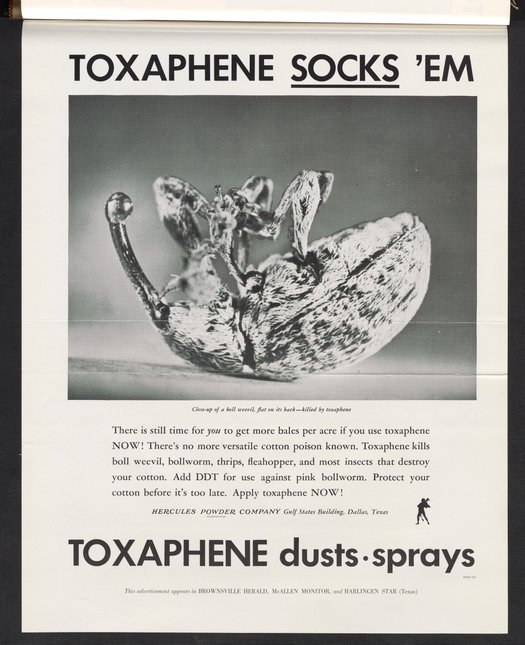 Advertisement featuring a black and white photograph of a dead boll weevil with caption reading:

Close-up of a boll weevil, flat on its back – killed by toxaphene