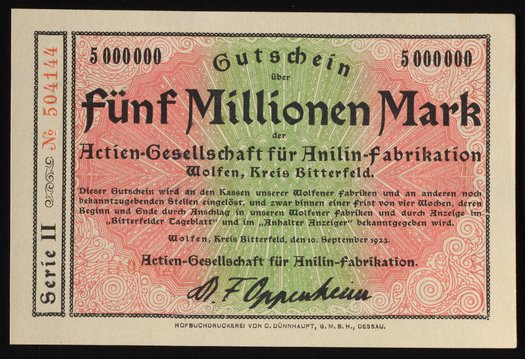 This Fünf Millionen Mark Gutschein, or five million Mark voucher, was issued by Aktiengesellschaft für Anilinfabrikation for their manufacturing facility in Wolfen, Kreis Bitterfeld, Germany. The frontside includes the terms of the voucher. Watermark design consists of a repeated pattern of the company name Agfa.