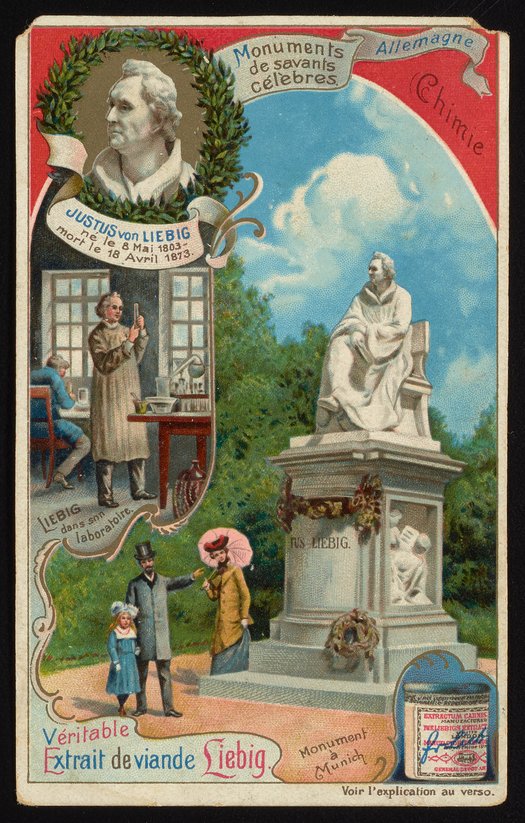 Illustrated trade card depicts the monument of Justus von Liebig (1803-1873) in Munich, Germany with an inset of Liebig working in the laboratory as well as a closeup of the statue's bust surrounded by a laurel wreath. The bottom right depicts a jar of the Real Liebig Meat Extract. Verso is an advertisement for Liebig's Extract of Meat along with a biography of von Liebig.