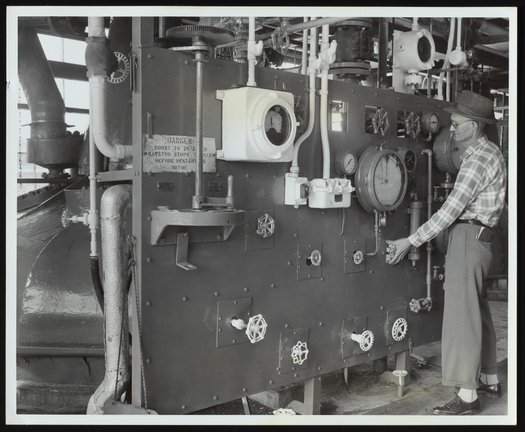 Two views of an unidentified employee operating the control panel on an autoclave used to process ethyl cellulose manufactured at the Hercules Powder Company plant in Hopewell, Virginia. Ethyl cellulose manufactured by Hercules was commonly purchased by a variety of public and private industries as a raw material for use in plastics, films, lacquers, and other materials. 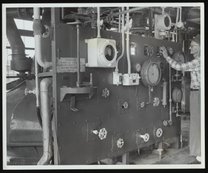