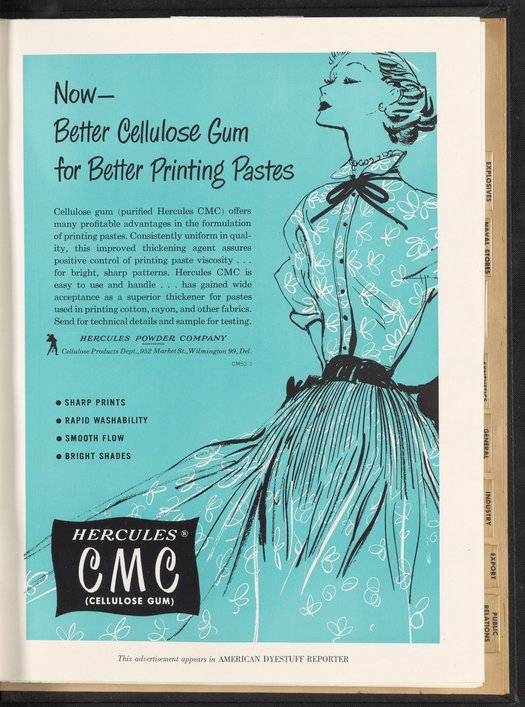 Color print advertisement for Hercules CMC, a cellulose gum manufactured and sold by the Hercules Powder Company for use as a binding and stabilizing agent in consumer goods. The advertisement shows a line drawing of a woman in a printed blouse. The accompanying text describes the use of Hercules CMC as a thickening agent for pastes used in textile printing. This advertisement appeared in American Dyestuff Reporter.