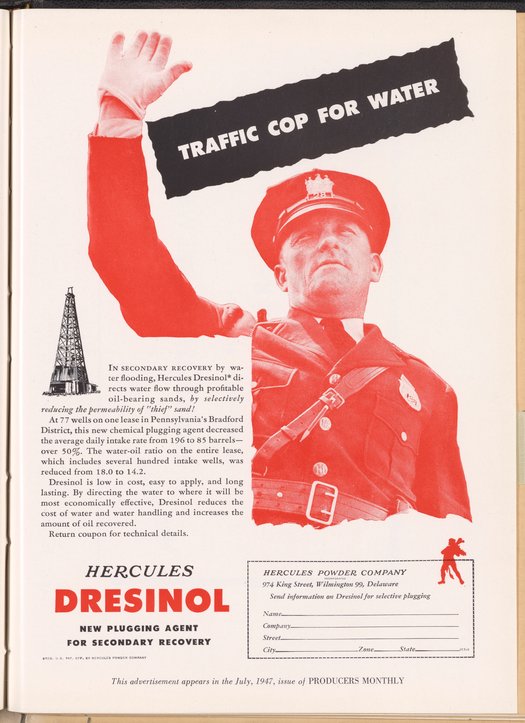 Advertisement for Dresinol, the trade name for a resin emulsion used as modifiers in adhesives in textile finishing compositions, in emulsion paints, as an ingredient in binders for plastics, etc. Manufactured and sold by the Hercules Powder Company, the work advertises Dresinol as a water additive and chemical plugging agent. Dresinol "directs water flow through profitable oil-bearing sands, by selectively reducing the permeability of 'thief' sand!" This advertisement appeared in the July 1947 issue of Producers Monthly.