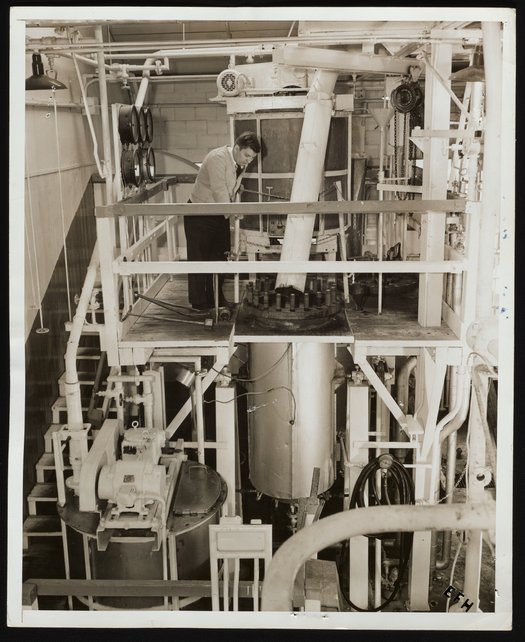 Interior view of a Hercules Powder Company linter pilot plant in Hopewell, Virginia, with view of a small digester and wash tubs. The pilot plant was likely designed as a facility for the removal of short fibers from cotton seeds during the production of so-called "chemical cotton," a type of purified cellulose obtained from raw cotton linters. The employee visible in the photograph is identified as F.C. Ponko.