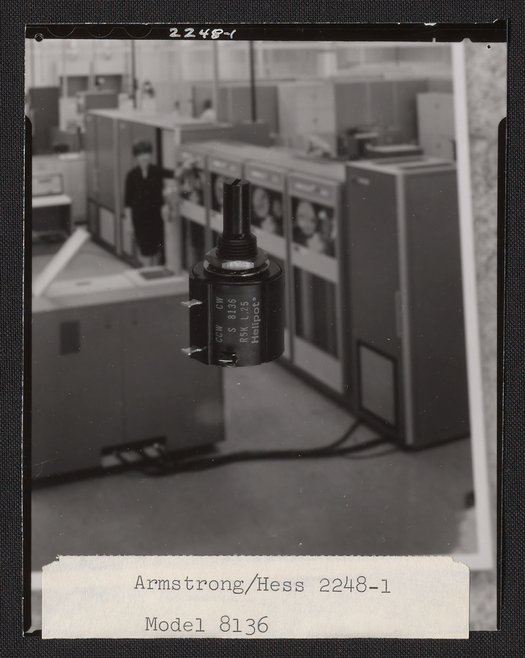 An in-focus potentiometer appears to float in the foreground, with a shot of an out-of-focus room filled with equipment and individuals serving as a backdrop.