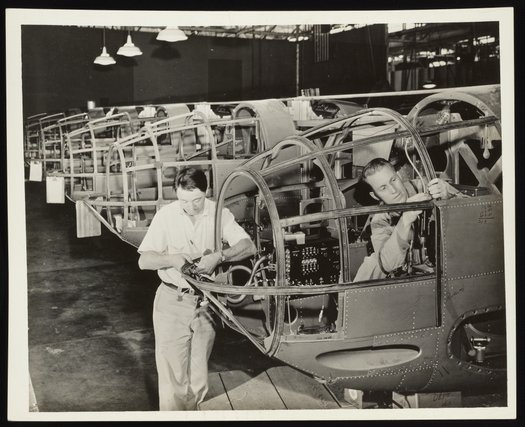 General view of two unidentified employees making adjustments to a Douglas A-20 attack bomber in production at the Rohm and Haas Company plant located in Bristol, Pennsylvania. Several attack bombers, awaiting installation of Plexiglas windshield and nose panels, are visible in the background.