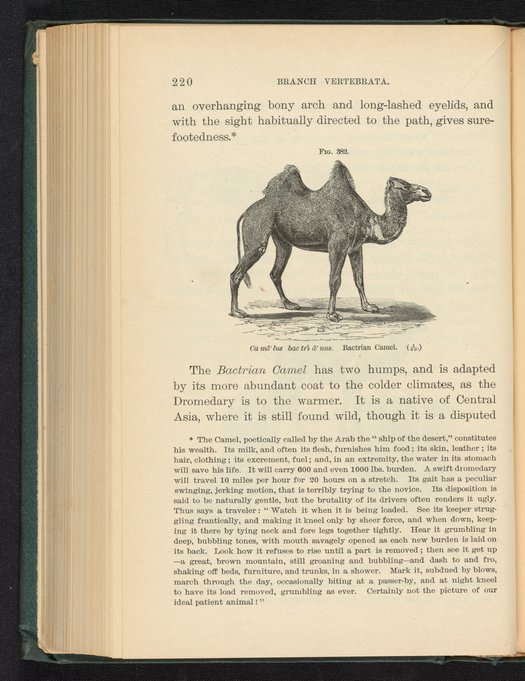 Figure 382 of the 1887 volume Popular Zoology depicting a bactrian camel. The accompanying footnote describes the Arabs who use camels for transport in racist terms, detailing the alleged brutality of the drivers and their reliance on camels as a source of wealth and resources.