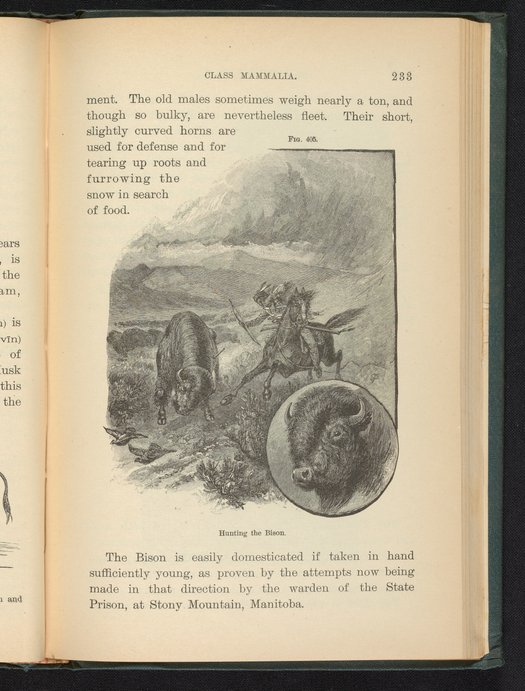 Figure 405 of the 1887 volume Popular Zoology featuring a racist stereotypical representation of a Native American hunting a bison on horseback, as well as an inset illustration of a bison.