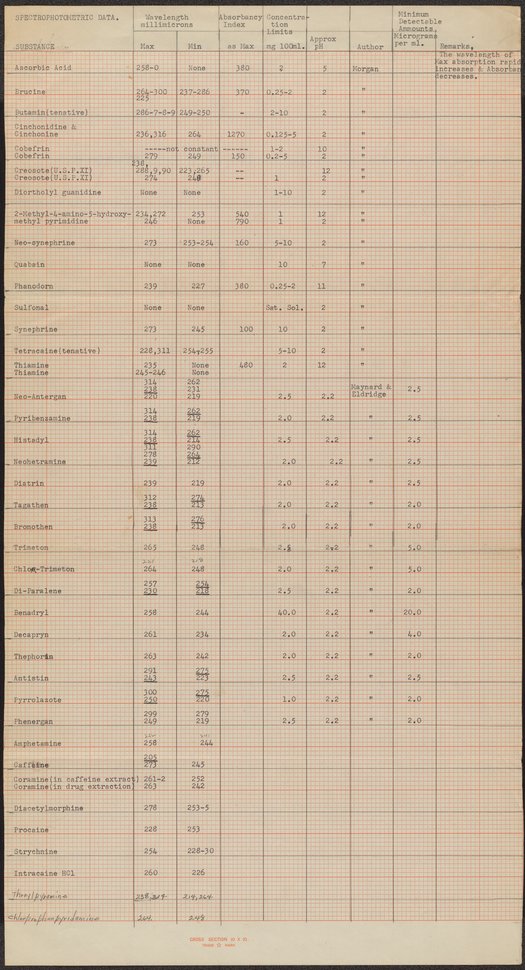 Table of spectrophotometer and pH readings of various substances, including strychnine, caffeine, amphetamine, benadryl, and ascorbic acid. As this document is undated and vaguely titled, it is unclear which instrument was used to obtain these readings, although it was stored with others relating to the Beckman DU Spectrophotometer.