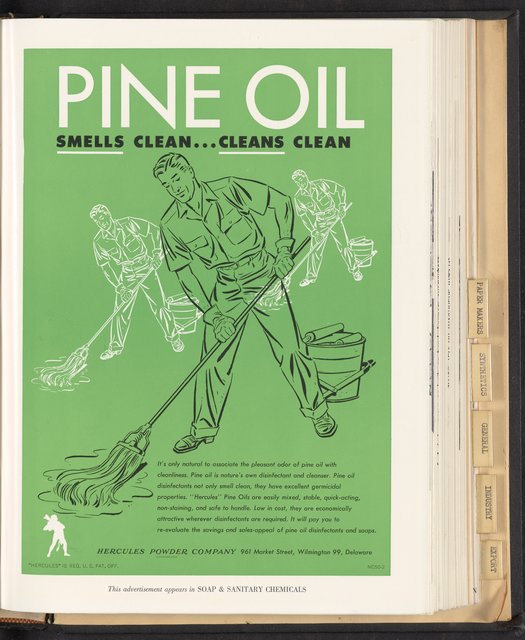 Print advertisement for pine oil manufactured by the Hercules Powder Company. The advertisement features a line drawing of a man cleaning with a mop and bucket. The text describes the cleaning properties of pine oil.