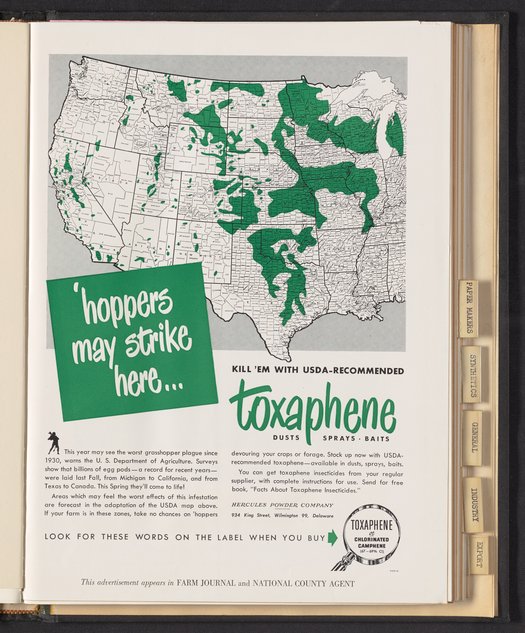 Advertisement for Toxaphene, a synthetic organic insecticide toxicant developed by the Hercules Powder Company primarily for use in agricultural insecticides. The advertisement details predictions for an impending grasshopper infestation and includes a map of the United States highlighting areas forecast to feel the worst effects.