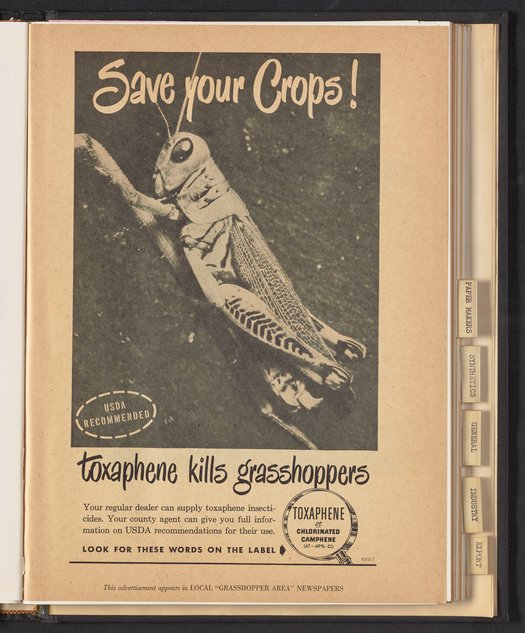 Save your Crops! Toxaphene kills grasshoppers