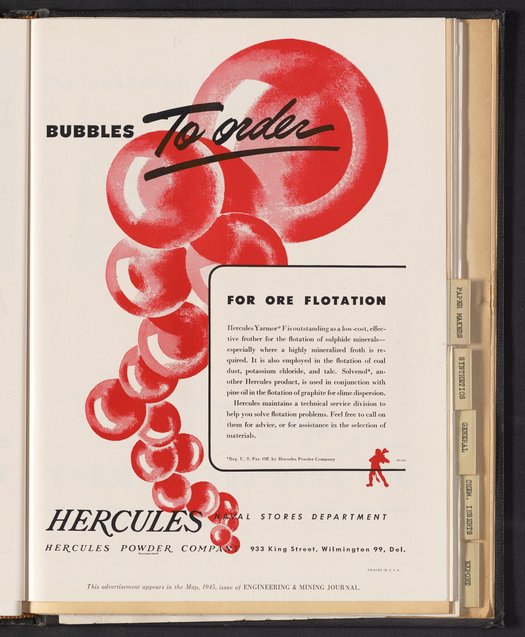 Advertisement for Yarmor F, a naval stores product manufactured and sold by the Hercules Powder Company for use as a frother. This advertisement appeared in the May 1945 issue of Engineering & Mining Journal.

Bubbles to Order for Ore Flotation