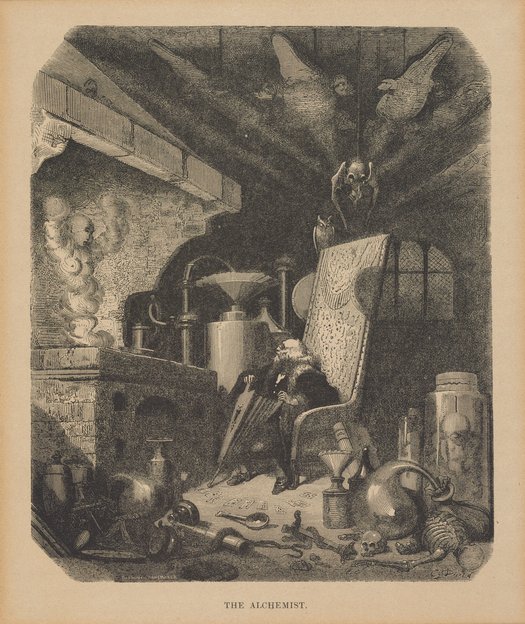 This dark and eerie scene centers on the seated figure of an alchemist, pausing as he works a pair of bellows to stoke a fire. Dwarfed by his enormous chair and the looming masonry furnace at left, the alchemist peers up through his spectacles at the billowing clouds of smoke, which have begun to take the shape of a human figure. Above him, the ceiling is hung with taxidermied crocodiles and other exotic animals emerging from the shadows. At bottom right, pieces of a human skeleton lay mingled with glassware, distillation vessels, and flasks. This late 19th-century scene captures the superstitions with which earlier alchemical practices were now viewed.