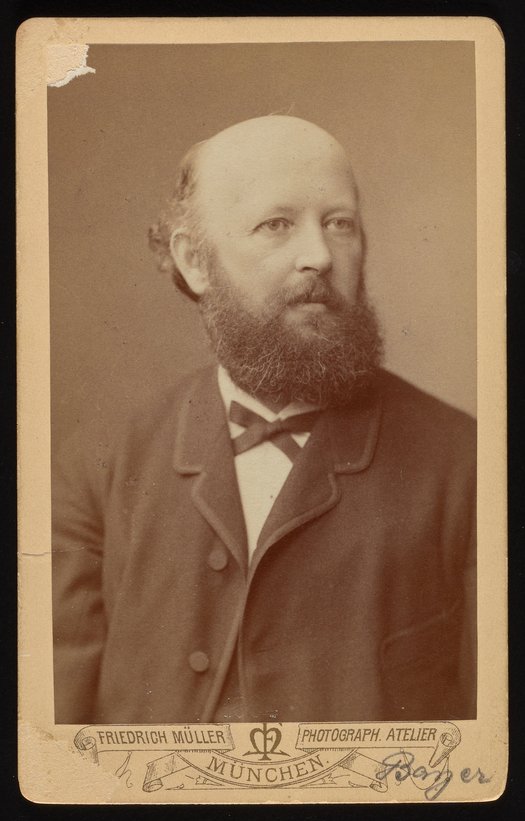 Johann Friedrich Wilhelm Adolf von Baeyer was born on October 31, 1835, in Berlin, Germany. As a student at the University of Berlin (1853-1855), Baeyer studied physics and mathematics and, following a two-year stint in the Prussian Army, resumed his studies at the University of Heidelberg. At Heidelberg, Baeyer initially studied chemistry under Robert Bunsen, primarily conducting research on methyl chloride. Baeyer subsequently studied under August Kekulé and went on to complete his doctorate on arsenic methyl chloride, or cacodylic, in 1858. After completing his doctorate, Baeyer followed Kekulé to the University of Ghent and subsequently became a lecturer in organic chemistry at the Royal Trade Academy in 1860 and a Professor at the University of Strasbourg in 1871. In 1875, Baeyer succeeded Justus von Liebig as Chemistry Professor at the University of Munich. Baeyer's chief achievements include the synthesis and description of the plant dye indigo and the investigation of uric acid derivatives, including the discovery of barbituric acid (1864), the parent compound of barbiturates. In 1881, the Royal Society of London awarded Baeyer the Davy Medal for his work with indigo and in 1905 he received the Nobel Prize in Chemistry "in recognition of his services in the advancement of organic chemistry and the chemical industry, through his work on organic dyes and hydroaromatic compounds." Alfred von Baeyer died in Munich on September 5, 1917. 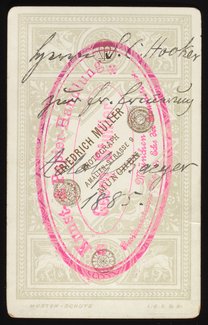