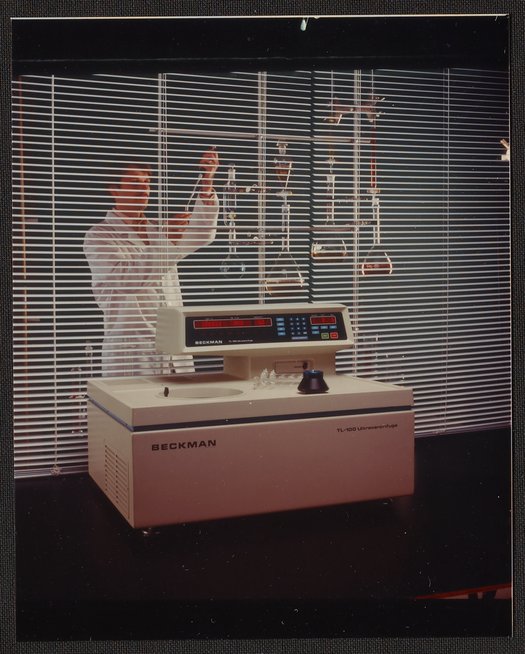 A man flanked by dramatically-lit glassware uses a syringe, separated from a Beckman tabletop ultracentrifuge by opened blinds. This model was produced in 1978.