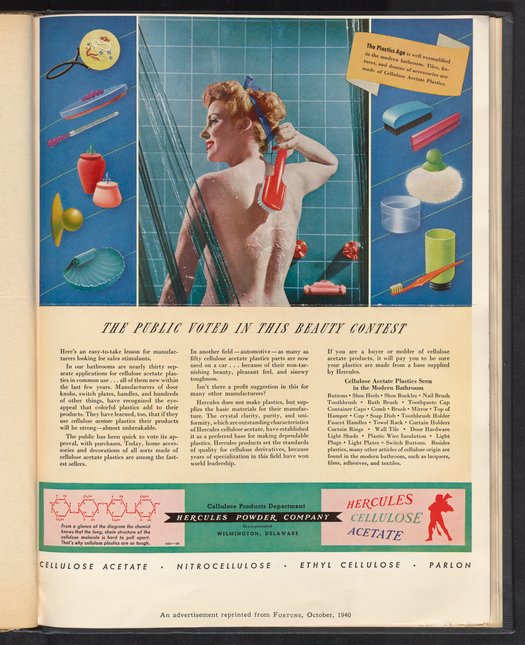 Advertisement for Celluose Acetate manufactured and sold by the Hercules Powder Company for use as a base in plastic molding compounds. The advertisement features a photo of a woman in a shower framed by artistic renderings of various bathroom products made from cellulose acetate plastic, including a tooth brush, combs, soap dish, and door handle. This advertisement was published in the October 1940 edition of Fortune magazine.

The Public Voted In This Beauty Contest