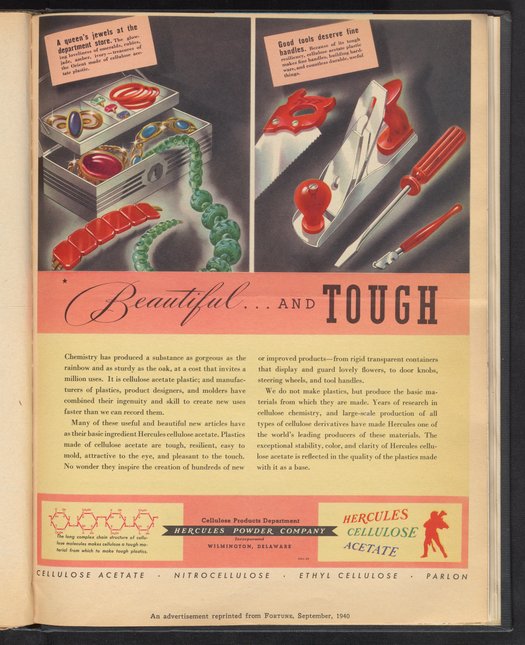 Advertisement for Celluose Acetate manufactured and sold by the Hercules Powder Company for use as a base in plastic molding compounds. The advertisement features artistic renderings of various products made from cellulose acetate plastic, including jewelry and tool handles. This advertisement was published in the September 1940 edition of Fortune magazine.