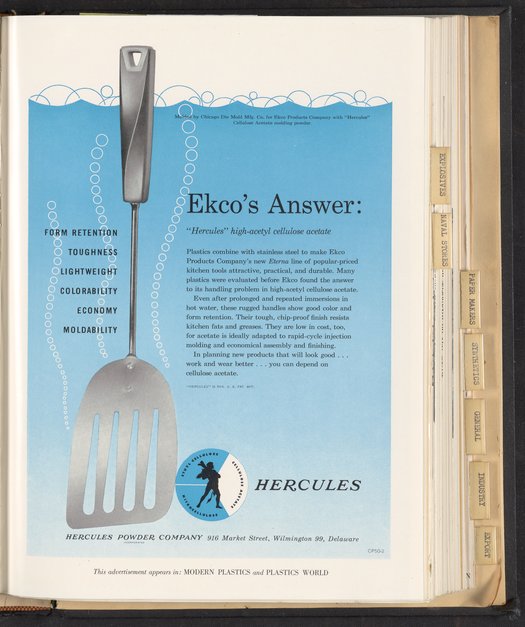 Color print advertisement for Celluose Acetate manufactured and sold by the Hercules Powder Company for use as a base in plastic molding compounds. The advertisement shows a spatula with a plastic handle against a blue background. The text describes the use of high-acetyl cellulose acetate to mold the handle. This advertisement appeared in Modern Plastics and Plastics World.