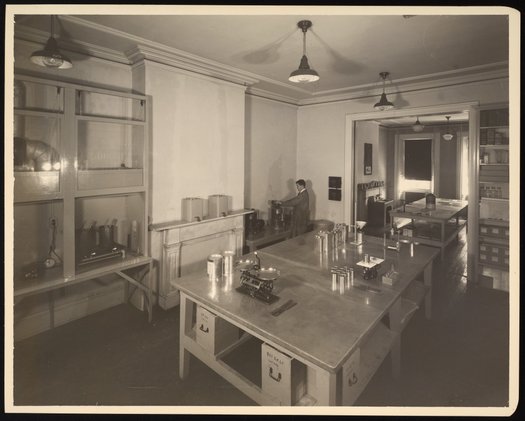 General view of an unidentified employee at work in a laboratory at the Rohm and Haas Company home office located at West Washington Square in Philadelphia.

Employee at work in Rohm and Haas Company laboratory