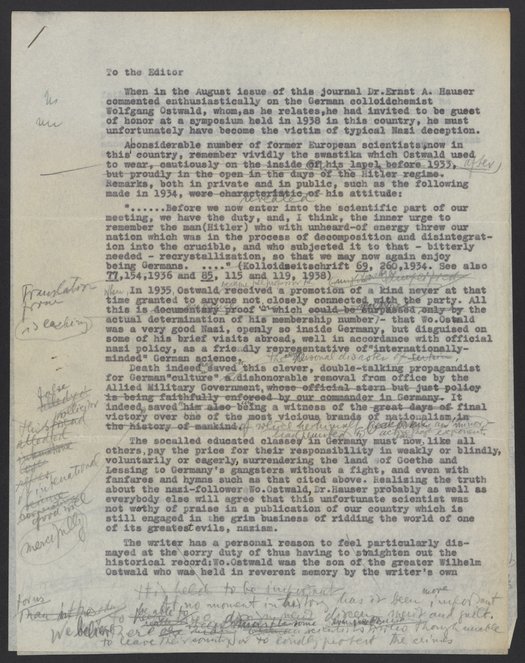 Annotated letter from Max Albert Bredig (1902-1977) to the editor of the Journal of Chemical Education. The letter was written in response to an article by Ernst A. Hauser (1896-1956), praising Wolfgang Ostwald (1883-1943). Bredig states that Ostwald was a member of the Nazi party and that his political affiliation should be acknowledged. 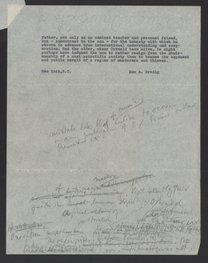 Letter from Max Bredig to Journal of Chemical Education