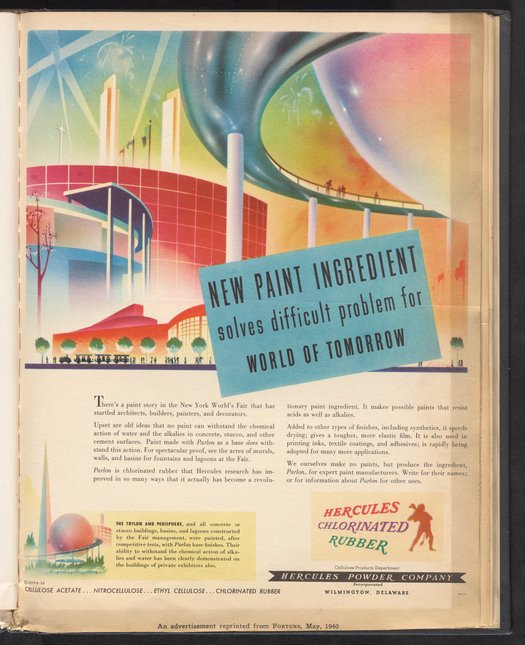 Advertisement for Parlon, a chlorinated rubber manufactured and sold by the Hercules Powder Company for use as a base ingredient in paint finishes, as well as printing inks, textile coatings, and adhesives. The advertisement features an artistic rendering of a scene from the New York World's Fair and details the use of Parlon in base finishes for various concrete and stucco structures at the Fair, including the Trylon and Perisphere. This advertisement appeared in the May 1940 issue of Fortune magazine.