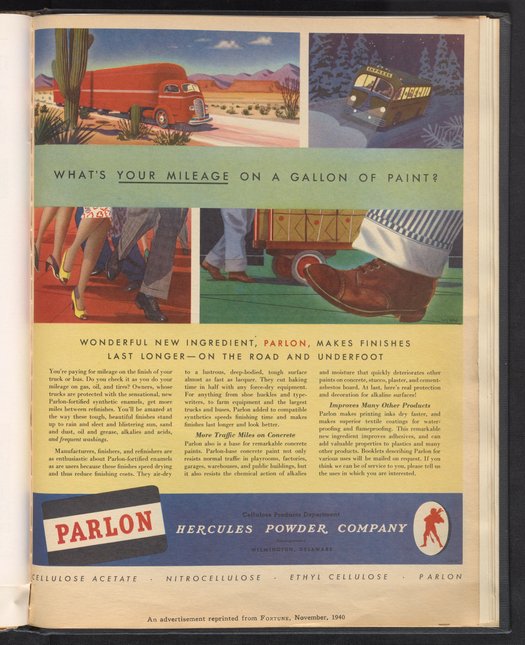 Advertisement for Parlon, a chlorinated rubber manufactured and sold by the Hercules Powder Company for use as a base ingredient in synthetic enamels, as well as paint finishes, printing inks, textile coatings, and adhesives. The advertisement features artistic renderings of a variety of synthetic surfaces made more durable, glossy, and weather-resistant by the addition of Parlon, including roadways and flooring. This advertisement appeared in the November 1940 edition of Fortune magazine.

What's Your Mileage on a Gallon of Paint?