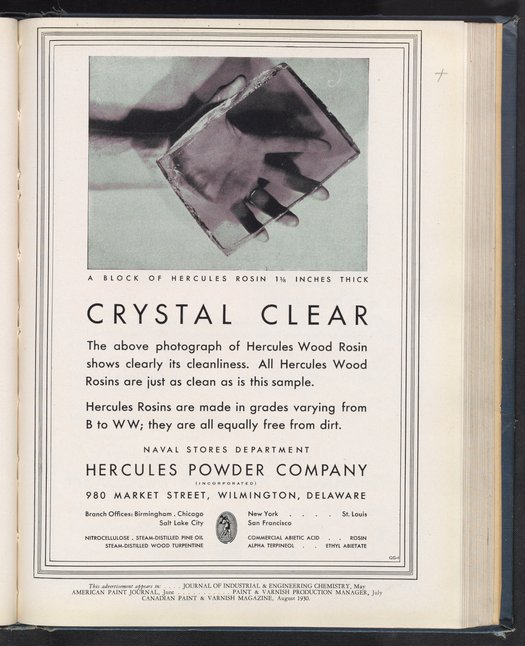 Advertisement for wood rosins manufactured and sold by the Hercules Powder Company for use in the manufacture of varnishes, paints, adhesives, and other naval stores products. The advertisement depicts a hand holding a sample of clear wood rosin in order to demonstrate the product's cleanliness.