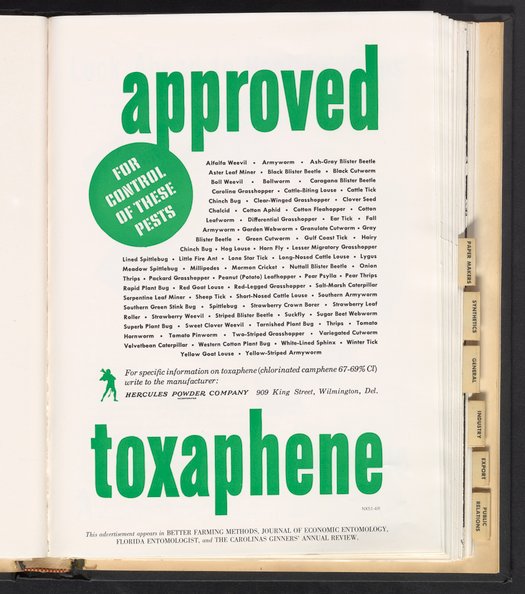 Advertisement for toxaphene with an extended list of harmful insects that can be controlled through the use of toxaphene.

Approved toxaphene for the control of these pests