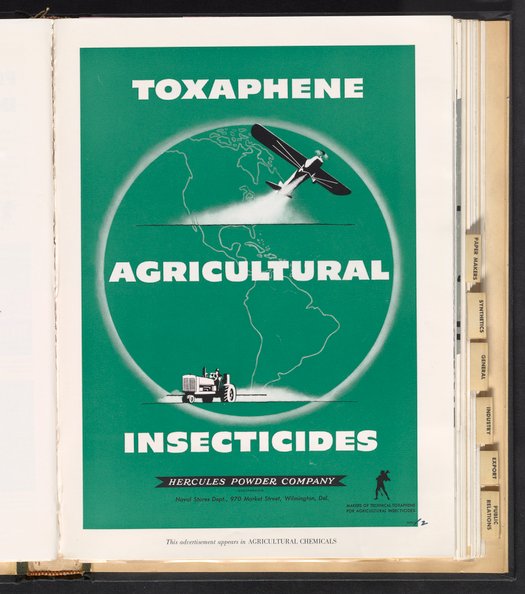 Advertisement for Toxaphene Agricultural Insecticides depicting the western hemisphere with an airplane and tractor spraying insecticides.