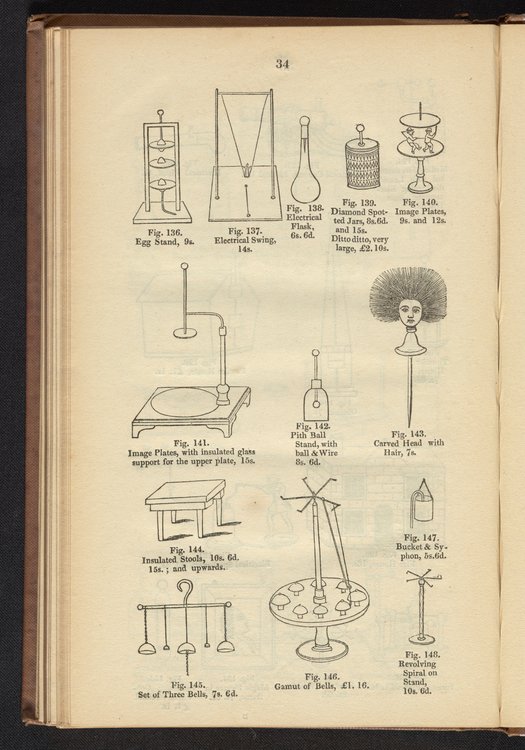 Figure 136. Egg Stand for passing the charge of a Leyden jar through eggs, oranges, &c. whereby they become luminous in a darkened room.
Figure 137. Electrical Swing for showing the repulsion of bodies similiarly electrified
Figure 138. Electrical Flask with brass cap and valve for exhaustion to imitate the aurora borealis
Figure 139. Diamond Spotted Jars mounted with tin foil cut in diamond-shapes, showing a beautiful light when discharged in a darkened room.
Figure 140. Image Plates with brass stand and hook to connect with prime conductor for pith figures, illustrating in an amusing manner electrical attraction and repulsion.
Figure 141. Image Plates with insulated glass support for the upper plate, the connexion being made by a chain from prime conductor, whereby the figures are removed from the attractive influence of the cylinder
Figure 142. Pith Ball Stand with ball & wire this experiement forms another illustration of electrical attraction and repulsion
Figure 143. Carved Head with Hair for illustrating the principle that bodies similarly electrified repel each other
Figure 144. Insulated Stools for medical and other purposes where it is required to insulate a body from the ground
Figure 145. Bucket & Syphon to suspend from the prime conductor, the water, which previously to being electrified only falls in drops, then runs in a stream, and in a darkened room appears luminous.
Figure 146. Set of Three Bells on a brass bean, to suspend from the conductor. The clappers which are suspended between the two become continually attracted from one to the other.
Figure 147. Gamut of Bells eight bells arranged on a mahogany stand, with an electrified fly or whirl, carrying a single clapper, which in its revolutions strikes alternately each of the bells.
Figure 148. Revolving Spiral on Stand having an electrical fly or whirl which revolves by the dispersion of electricity from the points, preseting a very beautiful appearance in a darkened room.