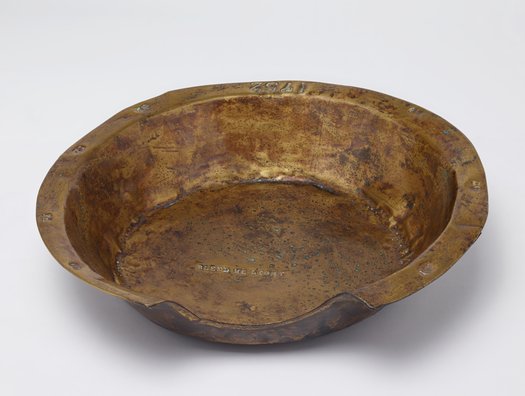 Bowls like this one were used to catch the blood released by bleeding. The appearance of blood was a useful diagnostic tool for physicians, who examined it for clues about the body's internal state. This large bowl was capable of holding a great deal of blood, but its maker encouraged moderation by stamping "BLEED ME LIGHT" in the basin. 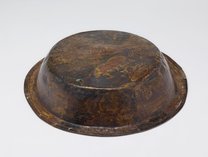