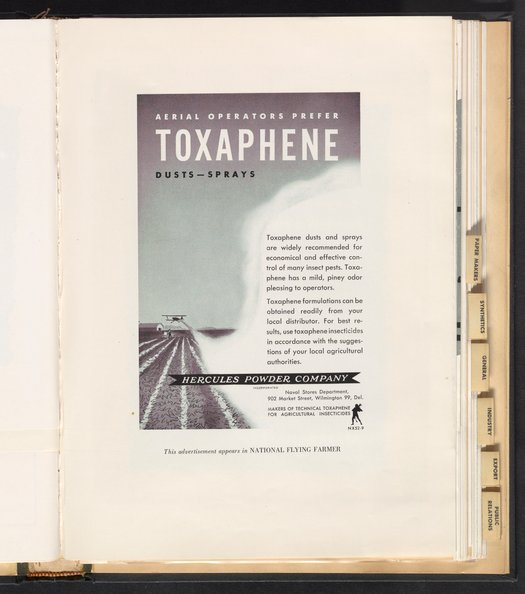 Toxaphene dusts and sprays are widely recommended for economical and effective control of many insect pests. Toxaphene has a mild, piney odor pleasing to operators.

Toxaphene formulations can be obtained readily from your local distributor. For best results, use toxaphene insecticides in accordance with the suggestions of your local agricultural authorities.