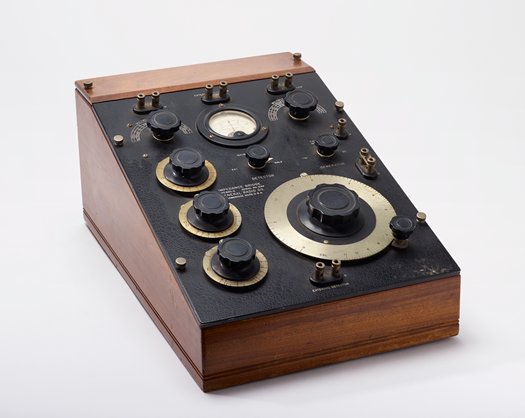 Impedance bridges compare electrical impedances, which may contain inductance, capacitance, and resistance. They use a method similar to that employed by Wheatstone bridges, which use a four-arm bridge circuit to compare an unknown resistance to that of a known standard.

The Type 650-A was introduced in 1933 and was popular based on its flexibility and utility. The 650-A was one of the best-selling instruments by the General Radio Co. and sold for the low cost of $175. This particular instrument was previously used at the BASF (Baden Aniline and Soda Factory) dye laboratory in Rensselaer, New York.