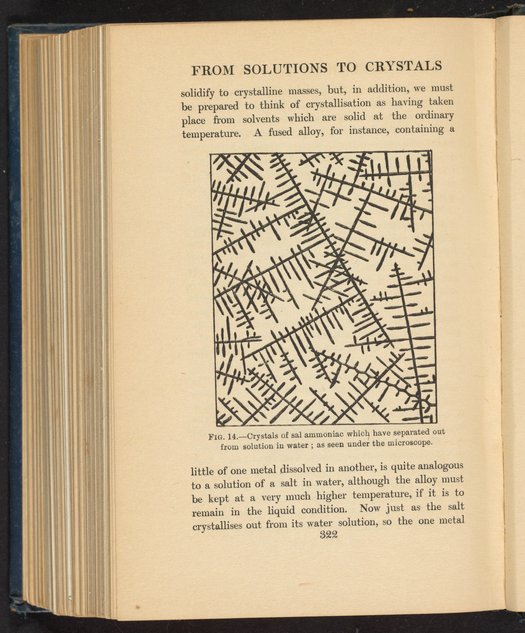 Figure illustrates salammoniac under magnification after being dissolved in water, causing the crystals to separate out from the solution.