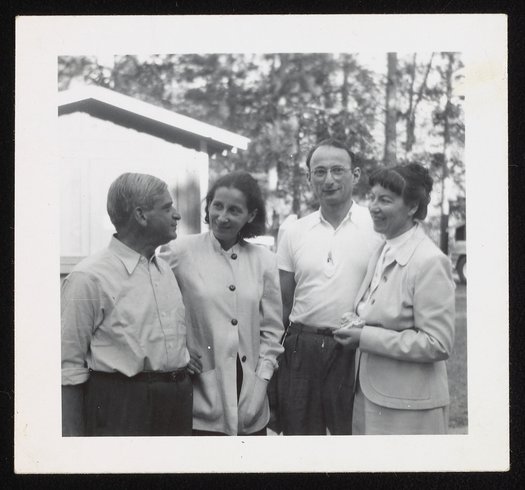 Black and white photograph of Max Bredig (1902-1977), third from left, with his wife, Lydia Bredig née Levy, to his right, and his sister and brother-and-law, Marianne and Viktor Homburger, on his left. The group of four appear to be standing and chatting outdoors.

Max fled Nazi Germany in 1937, traveling first to Sweden, and then to England, before finally arriving at the University of Michigan where he had accepted a fellowship to work in the Department of Chemical and Metallurgical Engineering. Max worked tirelessly to bring his father to the United States and to secure the release of Marianne and his brother-in-law, Viktor from the Gurs concentration camp. Having successfully reunited with his father, sister, and brother-in-law in New York, Max began a family of his own. He married Lydia Levy in 1944. 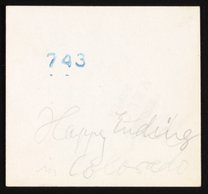 Max and Lydia Bredig with Marianne and Viktor Homburger in Colorado