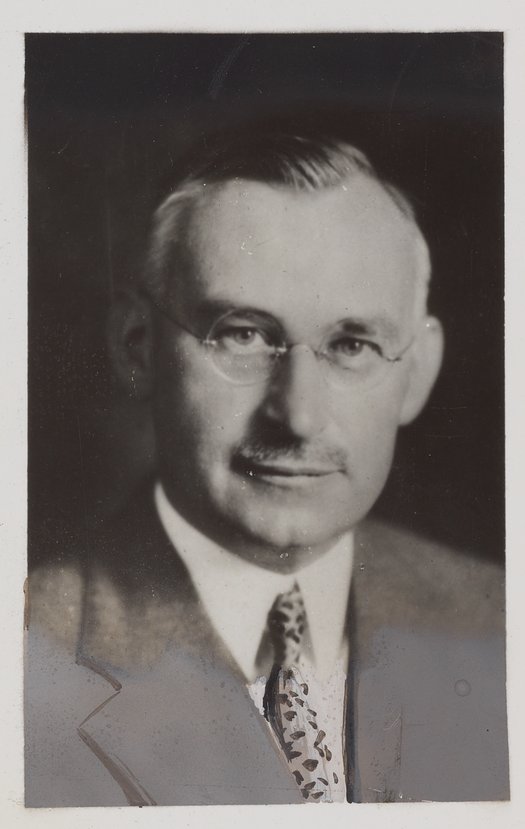 Charles Milton Altland Stine was born on October 18, 1882 in Norwich, Connecticut, the son of author and clergyman Milton Henry Stine and Mary Jane Atland. At age 19, Stine graduated from Gettysburg College with honors and a Bachelor of Arts degree. Continuing his education at Gettysburg, he obtained a Bachelor of Science in 1903, a Master of Arts in 1904, and a Master of Science in 1905. In 1907, Stine obtained his Ph.D. in chemistry from Johns Hopkins University. Upon leaving Johns Hopkins University, Stine began employment at the Du Pont Company’s Easter Laboratory in Gibbstown, N.J.

During his career at Du Pont, Stine served as vice president, director, and an Executive Committee member. Stine oversaw organic chemical research at Du Pont from 1909 to 1916 and notably worked on the improvement of safety explosives used in coal mines and low-freezing dynamites. During his work with explosives, Stine created trinitrotoluene and tetryl explosive compounds used in artillery shells during World War I, more commonly known as TNT. Stine also participated in research for the development and manufacture of dyestuffs at Du Pont and notably advocated for a fundamental research program, which produced breakthroughs in textile fibers and led to the discovery of nylon.

For his contributions in chemistry, Stine was awarded the Perkin Medal of the American Section of the Society of Chemical Industry in 1940. Over the course of his career, Stine served as a member of the committee in charge of the American Institute of Chemistry and as a counselor of the American Chemical Society. Stine also was a lifetime member of the Franklin Institute and a member of executive committee of Philadelphia Museum of Natural Science. In 1945, Stine retired from chemistry and decided to operate a dairy farm in Wilmington, Delaware. Charles Stine passed away on May 28, 1954 at the age of 72.