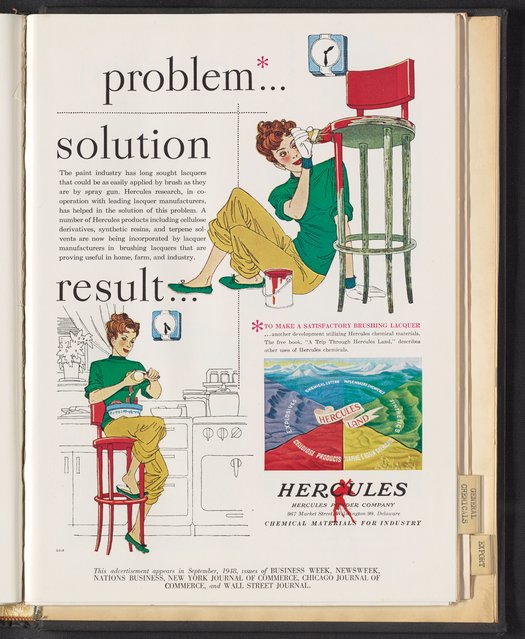 Color print advertisement for naval stores products, including cellulose derivatives, synthetic resins, and terpene solvents, manufactured and sold by the Hercules Powder Company for use in lacquers, among other applications. Formed in 1912 as part of an anti-trust settlement with DuPont, the Hercules Powder Company (later Hercules Inc.) initially specialized in the manufacture of explosives and smokeless powders and subsequently diversified its business to encompass a variety of industrial products, including pine and paper chemicals, synthetics, pigments, polymers, and cellulose.