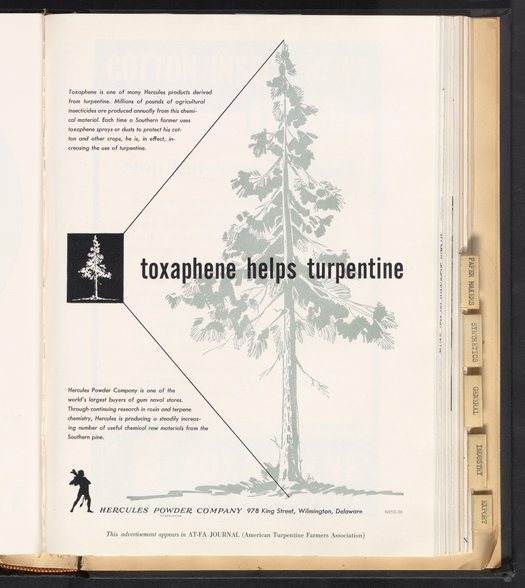 Print advertisement for toxaphene produced by Hercules Powder Company depicts a pine tree with paragraphs describing how the use of toxaphene for cotton and other crops utilizes Southern pine trees due to toxaphene being derived from turpentine. This advertisement appeared in AT-FA Journal (American Turpentine Farmers Association).