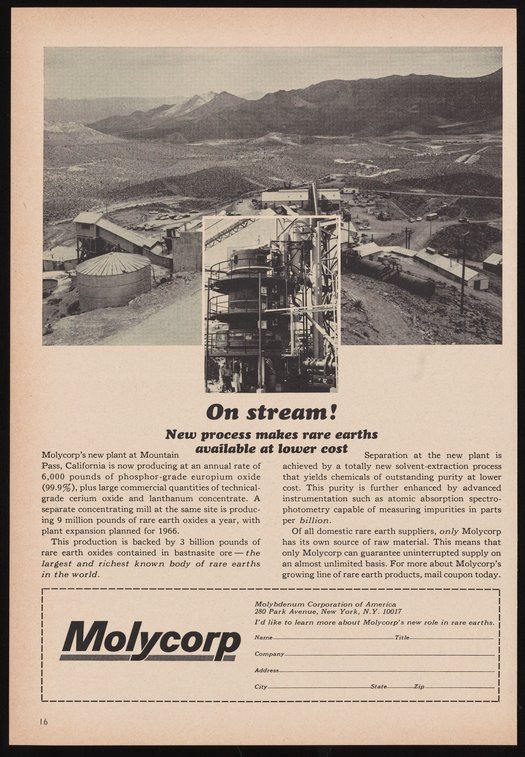 Black and white print advertisement for the Molybdenum Corporation of America, known today as Molycorp, Inc. The advertisement includes an image of Molycorp's mining plant in Mountain Pass, California, with a smaller inset image of the concentrating mill, and a coupon. The advertisement text describes the plant's success in producing large commercial quantities of rare earth oxides. The separation and purification processes are briefly described. The abundance of Molycorp's access to naturally occurring rare-earths for extraction at the plant is stressed; "of all domestic rare earth supplies, only Molycorp has its own source of raw material."

The Molybdenum Corporation of America was established in 1919 as a subsidiary of the Electric Reduction Company. The company started with molybdenum ore mining in Questa, New Mexico. In 1950, the Molybdenum Corporation of America bought the Mountain Pass, California mining claims, and began production in 1952. This mine became the company's principal asset, and once supplied the majority of the world's rare earth elements. In 1974, the company changed its name to Molycorp, Inc.