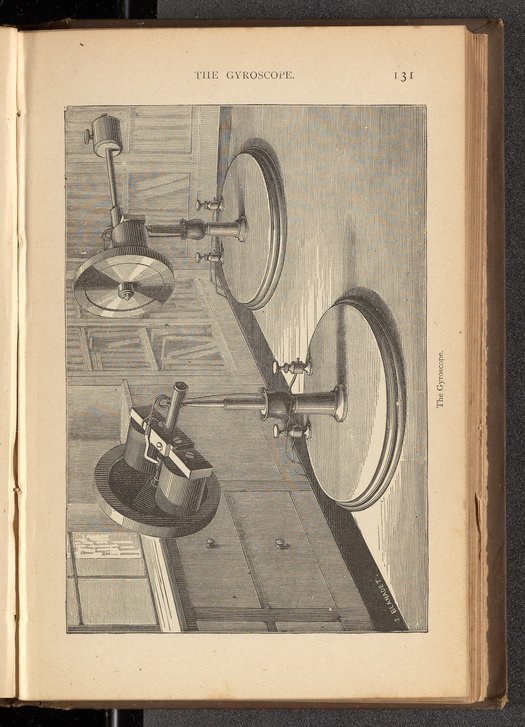 Illustration of a gyroscope, an apparatus that exemplifies the laws of conservation of angular momentum, meaning it will maintain rotational movement in a plane of rotation in spite of the force of gravity. The illustration is included in the accompanying text's discussion of electric apparatus.

“The Gyroscope.” Wonders of Electricity and the Elements, Being a Popular Account of Modern Electrical and Magnetic Discoveries, Magnetism and Electric Machines, the Electric Telegraph and the Electric Light, and the Metal Bases, Salt, and Acids. London, England: Lock Ward, 1870–1900. https://digital.sciencehistory.org/works/vgxdxst.