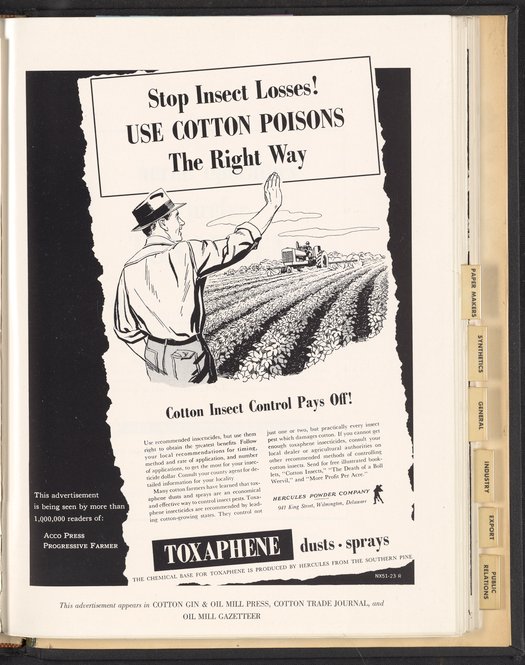 Print advertisement for Toxaphene, a toxicant manufactured and sold by the Hercules Powder Company for use in pesticides and insecticides. The advertisement features a line drawing of a farmer in a field, with a tractor visible in the background. The accompanying text promotes toxaphene as "an economical and effective way to control insect pests." This advertisement appeared in Cotton Gin & Oil Mill Press, Cotton Trade Journal, and Oil Mill Gazetteer.