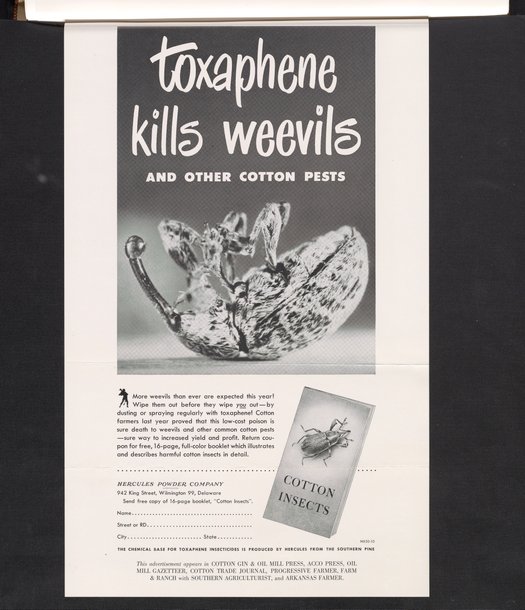 Print advertisement for toxaphene produced by Hercules Powder Company features a photograph of a dead boll weevil killed by toxaphene. A paragraph describes how the use of toxaphene will increase yields by killing insect infestations. The bottom of the ad is a tear-away coupon for a booklet on cotton insects. This advertisement appeared in Cotton Gin & Oil Mill Press, Acco Press, Oil Mill Gazetteer, Cotton Trade Journal, Progressive Farmer, Farm & Ranch with Southern Agriculturist and Arkansas Farmer.