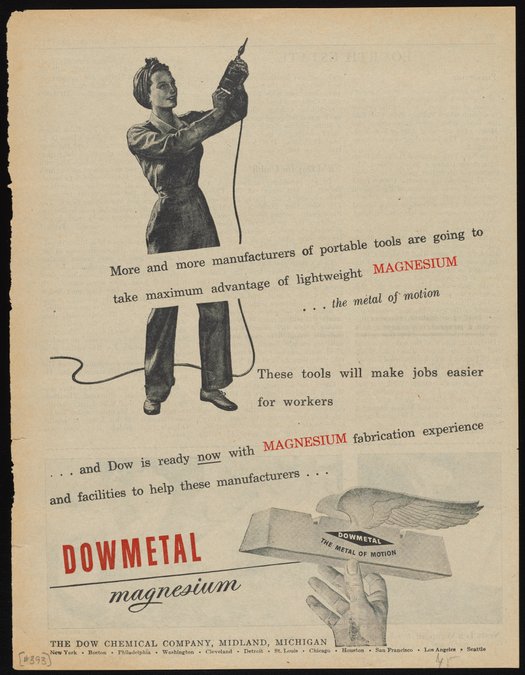 Print advertisement for Dowmetal, a magnesium alloy manufactured and sold by the Dow Chemical Company. The advertisement features an illustration of a woman styled as Rosie the Riveter lifting a tool presumably made of Dowmetal. The accompanying text details Dowmetal's lightness and durability relative to other structural metals and its use in manufacturing industries. This advertisement appeared on page 79 of the January 15, 1945 edition of Newsweek.