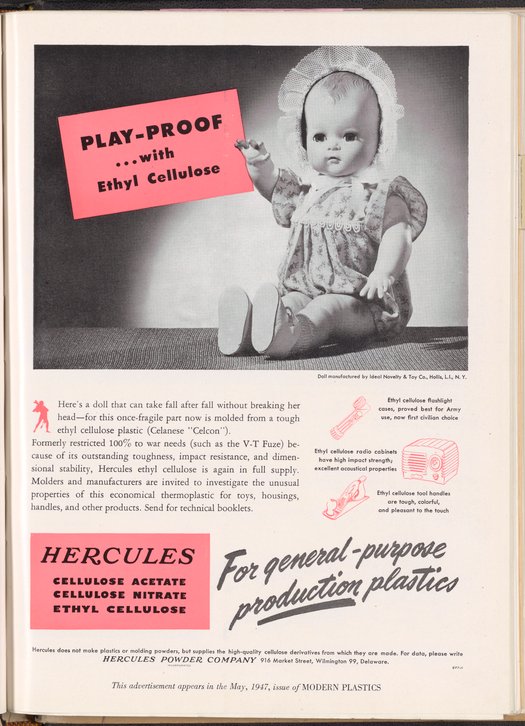 Advertisement for ethyl cellulose products manufactured and sold by the Hercules Powder Company for use in the production of doll heads. This advertisement appeared in the May 1947 issue of Modern Plastics.