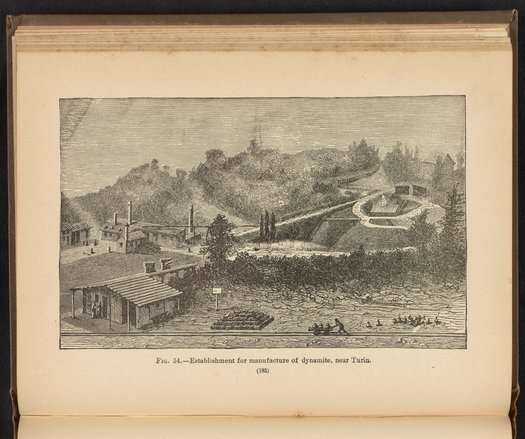 Plate illustrates a dynamite manufacturing establishment near Turin, Italy. Dynamite was used to form the Fréjus Rail Tunnel in Mont Cenis, which is in close proximity to Turin, Italy. Dating back to 1871, this tunnel is the oldest of the large tunnels through the Alps.